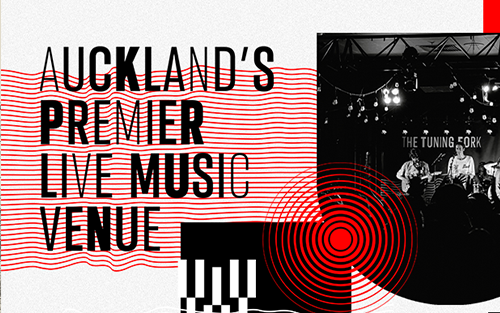 The Tuning Fork were wanting to rebrand their existing Auckland club venue “The Great South Pacific Tuning Fork” with a new logo and brand aesthetic that best represents where the venue is situated today in the local and international music industry. The refreshed and modernised branding has been rolled out across the venue website, social media presence, venue signage and print collateral.

G&A set to work to create a dynamic and contemporary brand which was genre-less and reflected the key offering of the venue: sound! A set of icons and textures were developed to represent soundforms, and a strong colour palette developed to set them apart from other live music venues in Auckland. The logo itself is text-based, but reflects the 3D form of a sound wave ebbing and flowing. The pièce de résistance of the rebrand is the Tuning Fork’s new website. Featuring all the key elements of the new look & feel, and an automated gig listing system to make adminstrative staffs’ lives easier for managing announcements, and taking down shows the day after they have happened. Built completely responsive to work on desktops, tablets and mobile. 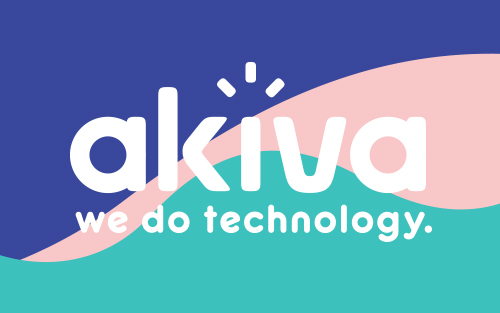 The Phone Guys approached us at the end of 2017 to revamp their brand. They had already done the leg work in renaming themselves, and updating their service offering from being telecommunications focussed to full-service technology solutions for businesses. This small, local team have a heck of a lot of personality and wanted their new brand to reflect that. G&A developed a new logo for the new company name, Akiva, and a brand look and feel that is modern, approachable, and multi-faceted in it’s approach to colour which is now being rolled out across the company’s marketing touch points; most notably the new, slick website with an online shop designed and developed in-house at G&A. 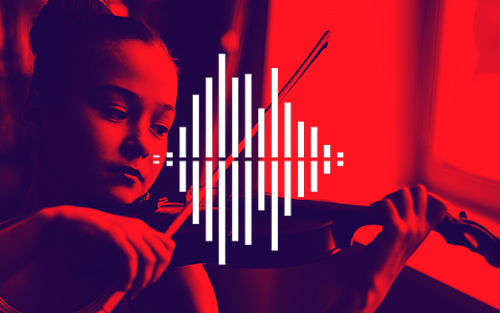 < Back to Our Work Page

We were very excited to be given the opportunity to bring the Christchurch School of Music in to the contemporary landscape with a bold and creative re-brand. We came up with a modern, digital take on the soundwave for their logo, which was enthusiastically embraced by the School and their wider committee as they see their younger students losing the need for reading music and instead shifting focus to digital music production and aural skills. A bold look and feel was employed for the brand’s imagery and supporting aesthetics, with crisp, sans-serif fonts and a multi-faceted new byline of ‘Play More!’ The first piece of collateral to go live before the entire rebrand was rolled out early 2016, was the website. One of the most playful and bold websites we have created here at G&A, the home page immediately catches your imagination with the School’s new logo coming to life in an animated form centre front. 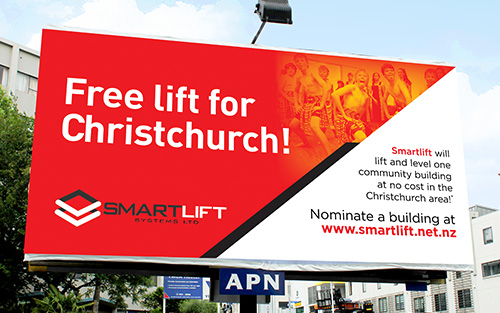 < Back to Our Work Page

In late 2015, two things became obvious: firstly, that the regional stock of damaged houses was finite and Smartlift needed to promote its service to retain the lion’s share of the work still available while considering its strategy for the future. Secondly, the company became aware it was now time to put something back into the community that had given it so much work.

They rightly looked to the valiant team at G&A Creative Agency to help. We went to the drawing board to create a campaign to raise brand recognition and ensure the company’s point of difference came across. The campaign had to find qualified leads that would ultimately generate referrals and increased business for Smartlift.

We came up with finding an earthquake-damaged community building, such as a clubhouse or similar, that would benefit from the Smartlift process. Smartlift would lift and level it at no cost for the benefit of the community using it. All promotion would focus on benefits to the community rather than on the client, and community engagement would be encouraged. Costs of running this type of campaign, even including the building lift, can be much less than running a typical advertising campaign with conventional media placement. The campaign raised the public profile of Smartlift beyond expectations. And best of all, the results were measurable. 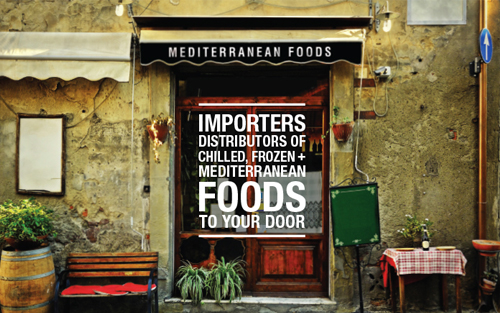 After presenting another creative rebrand concept to Mediterranean Foods, they locked in this one, a simple but warm and inviting Mediterranean aesthetic which promises delicious produce and goods from the Mediterranean region. We went on to develop their branding collateral, stationary, and a stunningly simple website with a third party back-end wholesale ordering system for their regular clients in the hospitality industry to aid efficiency in their warehouse processes out in Rangiora.